In 2018, Arisa has been working hard to protect human rights in India and other South Asian countries. We are happy to mention some results:

Arisa released three reports in 2018 – still under the name India Committee of the Netherlands, ICN. 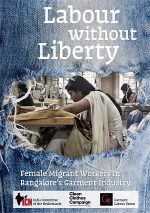 The report Labour Without Liberty – Female Migrant Workers in Bangalore’s Garment Industry, published in January 2018 in collaboration with the Clean Clothes Campaign and the Garment Labor Union, revealed that female migrants in India’s garment factories are victims of modern forms of slavery and are being recruited with false promises about wages and other allowances. Their living conditions are poor and their freedom of movement is limited. Sometimes they are even younger than 18. Written questions were asked in the Dutch parliament about this report. Read the press release and report here: https://arisa.nl/pressrelease-180126/?lang=en. 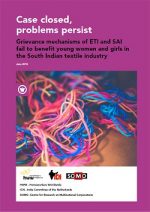 In June 2018, the report Case Closed, Problems Persist on ongoing problems in the South Indian textile industry was published, in collaboration with SOMO and HomeWorkers Worldwide. The report concludes that ETI and SAI complaint procedures have not remedied violations of labour rights for girls and young women. Promises to effectively tackle the concrete complaints about very poor working conditions of girls and young women in the textile and clothing industry in South India could not be honoured. This mainly concerned serious labour rights violations, including forms of forced and bonded work, limited freedom of movement and the worst forms of child labour. Read the press release and the ICN/SOMO/HWW report here: https://arisa.nl/pressrelease-180620/?lang=en. 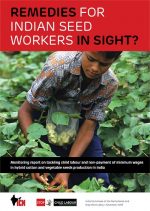 The Remedies for Indian seed workers in sight? report, issued in November 2018 together with Stop Child Labour, was a follow-up to two 2015 reports and was an analysis of what international and Indian seed companies have done since 2015 to tackle child labour and non-paying of minimum wages. In addition to a positive development in the openness of companies to provide information, seed companies are not yet sufficiently tackling that problem despite some progress in the fight against child labour. In addition, insufficient measures are being taken to guarantee minimum wages, in particular women’s wages are lagging behind. Read the press release and report here: https://arisa.nl/pressrelease-181101/?lang=en. 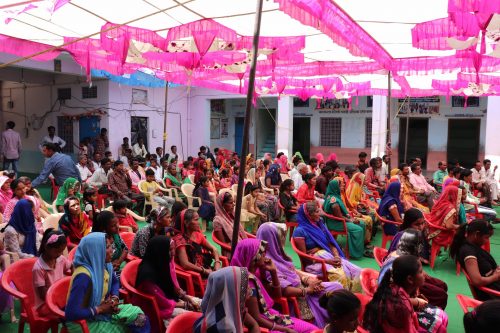 From 22 – 26 March 2019, Arisa and the Indian NGO Manjari organised an exchange meeting in Bundi, Rajasthan. A total of 16 participants from trade unions and NGOs from Rajasthan, Jarkhand/Bihar and Uttar Pradesh discussed their activities to tackle child labour and improve working conditions in the natural stone, mica and leather sectors, using creative and interactive methods. They exchanged successes and spoke about the challenges they face. At the start of the meeting, the participants thought they had few similarities with the participants from other sectors, but while talking, they found that there were common challenges. For example, engagement with businesses is a challenge for everyone and the successes of others are an inspiration for their own work. On March 24, everyone attended a Manjari event in Budhpura, where the results of work on combating child labour and improving working conditions were presented to the community and local employers. In the presence of 275 people, local leaders and young people spoke about their inspiration and their successes. A part of the group paid a visit to a mine and a cobble yard, where discussions were held with the owners about possible improvements. All participants returned home inspired and hope to keep in touch with each other. 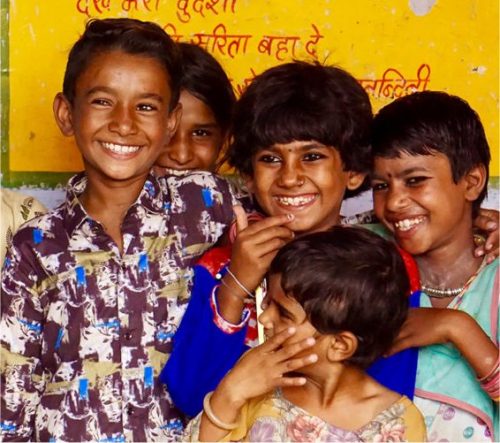 Together with partner organisations from around the world Stop Child Labour organises a symposium to celebrate the milestone of 15 years Stop Child Labour on Thursday 23 May 2019. During the symposium experiences will be shared on combatting child labour around the world, including the child labour free zone approach. Ideas will be exchanged on how to join forces, bringing sustainable solutions for all children and their families, reaching the point where child labour has been abolished completely.

In the past 15 years, Stop Child Labour, a coalition of among others Hivos and Arisa, has played a crucial role in combating child labour and promoting quality education for all. In close collaboration with local communities and organisations, Stop Child Labor has been involved so far in creating 112 child labour free zones. These are defined areas – for example, a village, neighbourhood, plantation or mine site – where everyone believes that “No child should be working, every child should be in school”. In the last five years, more than 63,000 children have been taken out of work and reintegrated into the formal education system. In addition, Stop Child Labour works with companies in various sectors (such as textile, seeds, natural stone and coffee) to ensure that supply chains are free of child labour.

Read more about this anniversary on the website https://15years.stopchildlabour.org/; here one will also find a booklet about 15 years Stop Child Labour and some success stories and videos from Ethiopia, India, Mali and Uganda. 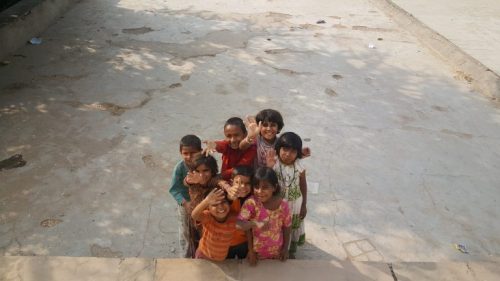 Budhpura in Rajasthan is widely known as being the key sourcing region for sandstone cobbles and due to the nature of cobble production this makes the whole region particularly vulnerable to child labour. An exciting project has been underway in Budhpura since 2015.  A group of NGOs and private businesses (among others Arisa, Manjari and the companies London Stone, StoneEasy and Beltrami) came together with a simple mission: to create child labour free zones in the region.

One of the challenges in the project and the community was the lack of good teachers. The local NGO Manjari has the important task of convincing parents of the benefits of having their children go to school, but the lack of good teachers was a major obstacle to the progress of this project. After three years of lobbying at different levels with the local Indian government, a large influx of teachers to Budhpura schools has finally been secured, and we can bring out great news: the number of teachers has almost doubled in that time! A huge step forward for the reliability and quality of education in Budhpura. The effect of Manjari’s attempts to motivate parents will certainly be strengthened by this, and the barrier to get children to go to school will be removed.

Read more about this success on the website No Child Left Behind: http://nochildleftbehind.co.uk/2019/01/number-of-teachers-key-to-tackling-creating-child-labour-free-zones/.