The price of less child labour and higher wages

A new ICN publication – The Price of Less Child Labour and Higher Wages – shows that increasing the price that big seed companies in the Indian state of Andhra Pradesh pay to farmers to grow cottonseed has resulted in much higher wages and less child labour in recent years.

Between 2010 and 2013, the multinational and national companies paid almost 50% more per unit to cottonseed farmers while farm workers’ wages rose by over 85%. Over the period 2004-2013, wages increased by over 300% and the inflation rate was 100%. Wages in 2003 were so low that despite the substantial wage increase the daily wage (currently about € 1.65) is still more than 40% below the official minimum wage.

During the last few years the ICN published several reports on child labour, low wages (especially for women) and poor working conditions in the production of cotton seeds in India. Multinationals like Syngenta, Bayer and Monsanto, but also some Indian companies started acting- sometimes active, sometimes reluctantly – to combat child labour. An ICN report from 2010 showed a reduction of 25% in children working in the cottonseed fields. 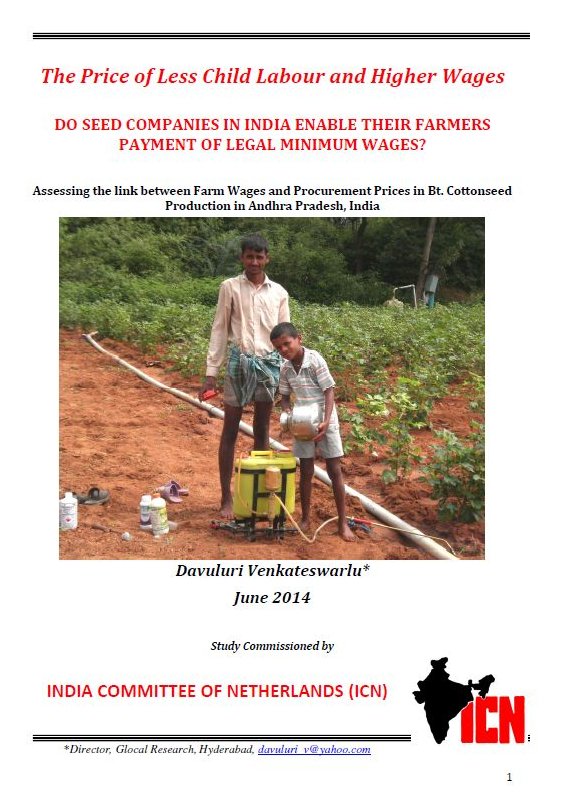