This is the main outcome of the report Rock Bottom – Modern Slavery and Child Labour in South Indian Granite Quarries on working conditions in South Indian granite quarries which is published by the India Committee of the Netherlands in collaboration with the coalition Stop Child Labour. Last year KPMG already concluded that the risk of these labour right violations in the granite industry is extremely high and that Dutch companies often do little to avoid the risks of violating human rights.

Gerard Oonk, director of the India Committee of the Netherlands, is not surprised by the results: “Companies doing business in this industry can no longer close their eyes to these problems. Also Dutch companies have the responsibility to prevent or address these human rights violations.”

Predatory loans
In the examined granite quarries Indian national laws and international labour rights are violated on a large scale. More than half of the interviewed quarry workers have large debts to quarry owners and recruiters. Salary advances or loans are provided by quarry owners to tie workers to the job. The interest on the loan is often so high – up to 48 percent per year – that workers can hardly pay off the loan. This debt-bondage is directly linked to the fact that more than three-quarters of the workers are Dalits (‘outcasts’) or from the lowest castes and extra vulnerable because of discrimination. Some workers are even prohibited to leave the quarry and talk to people outside the quarry. Also, there is still a sizable number of child labourers in one of two Indian states examined in the report. In the other state child labour was sharply reduced by government intervention.

Appeal to Dutch Prime Minister Rutte and Minister Ploumen of Trade and Development
Stop Child Labour calls on the Dutch government to raise the problems exposed by this research with their Indian counterparts: “In early June, Prime Minister Rutte is leading a major trade delegation to India in which also Minister Ploumen of Foreign Trade and Development Cooperation participates. The human rights violations and actions to address these violations should be on the agenda of this delegation,” says Sofie Ovaa, coordinator of Stop Child Labour. “The government should also strengthen its policy on sustainable procurement in the context of the procurement of granite by government organizations – for example for squares and buildings,” according to Oonk and Ovaa. 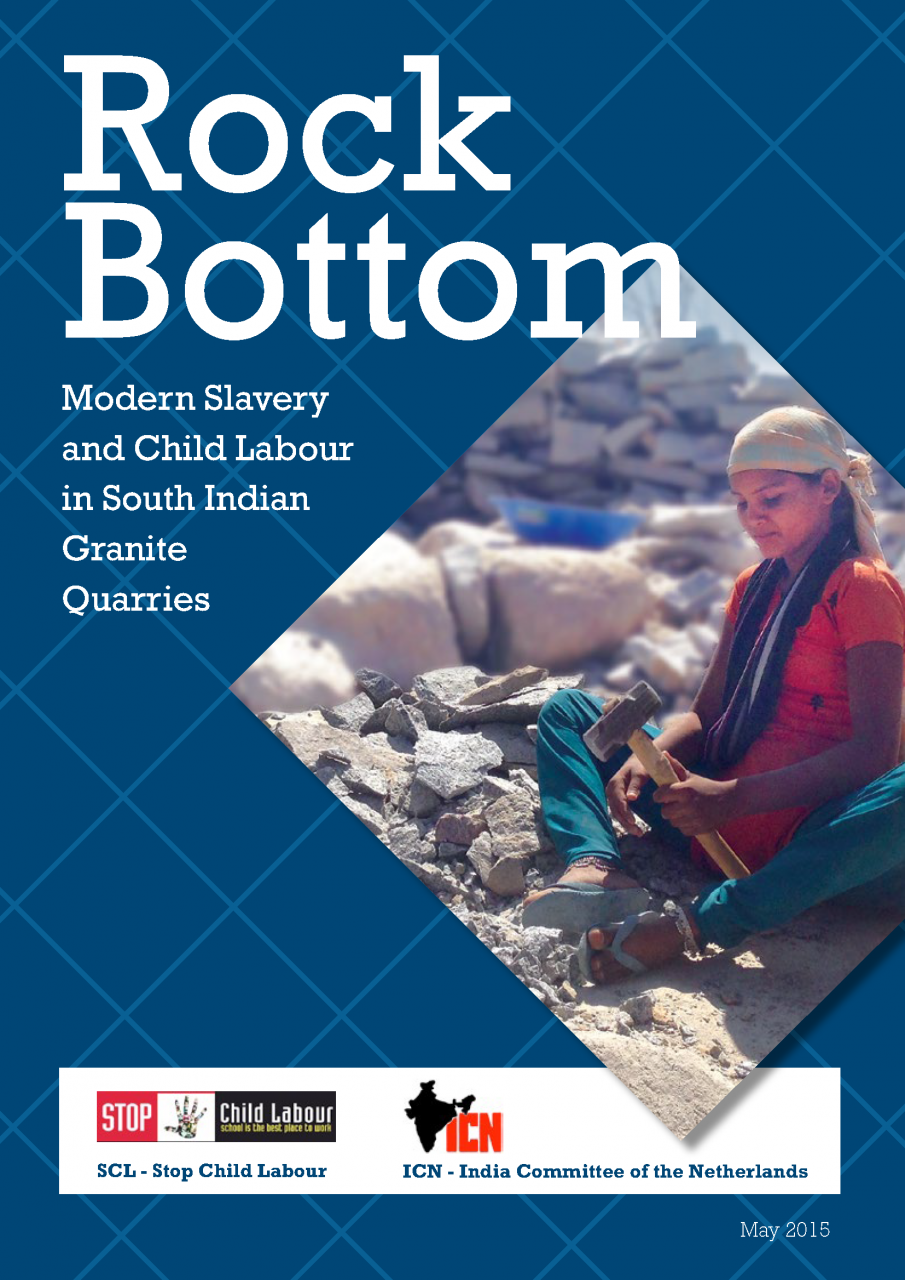