Seed companies show progress on tackling child labour, but fail to tackle non-payment of minimum wages in their supply chain

The report Remedies for Indian seed workers in sight? of the India Committee of the Netherlands (ICN) reveals that despite progress in addressing child labour, seed companies have not sufficiently addressed the issue yet. The companies are also largely failing to take adequate measures to address non-payment of minimum wages, especially to women.

In 2015 the India Committee of the Netherlands published two reports on child labour and non-payment of minimum wages in the vegetable seeds and hybrid cottonseeds production in India.(1) The reports highlighted that children under the age of 14 years still accounted for 16% to 25% of the total workforce in respectively vegetable seeds and cottonseeds farms. Another major concern was the non-payment of legal minimum wages, in particular to many women workers. In response to the reports many seed companies publicly promised to work on these issues. This monitoring survey is a follow-up to the 2015 reports, analysing what 14 international and Indian seed companies have done since 2015 to tackle child labour and non-payment of minimum wages. A positive development is the increasing transparency of the seed companies. Especially companies as Bayer, Syngenta, East-West Seed, HM.CLAUSE and Sakata responded extensively to the inquiry. Unfortunately there are also companies that, after several requests, did not reacted, including Advanta, Ankur Seeds and Kaveri Seeds.

Incidence of child labour
The survey reveals that most companies are very much aware of the issue of child labour and state that there are no children working in their supply chains, or less than 1%. Their numbers are based on external audits and/or internal monitoring. ICN doubts whether these figures are an accurate assessment of the reality on the ground as recent external research of a seed company by the Council on Ethics of the Norwegian Government Pension Fund for example showed that there are still many children employed at the farms.(2) It is therefore important that seed companies involve independent external subject-matter expertise auditors and the local community to get a better insight in the hidden cases of child labour and the underlying causes of child labour.

Non-payment of minimum wages
The issue of non-payment of minimum wages is recognised, let alone actively dealt with, by only a very few companies. Especially women workers are often not paid the minimum wage. They are generally assigned tasks – like cross-pollination, weeding and harvesting – that pay less than activities performed by men. Companies should ensure that procurement prices are calculated in such a way that they account for minimum wages. Furthermore, it is important that companies together with their suppliers create an action plan to gradually work towards living wages for all workers.

(1) Cotton’s Forgotten Children – Child Labour and Below Minimum Wages in the Hybrid Cottonseed Production in India and Soiled Seeds – Child Labour and Underpayment of Women in Vegetable Seeds Production in India
(2) Council on Ethics for the Government Pension Fund Global to Norges Bank, 1 March 2018, Recommendation to place UPL ltd. under observation. Available at: https://etikkradet.no/files/2018/07/ENG-Rec-observation-UPL-2018.pdf 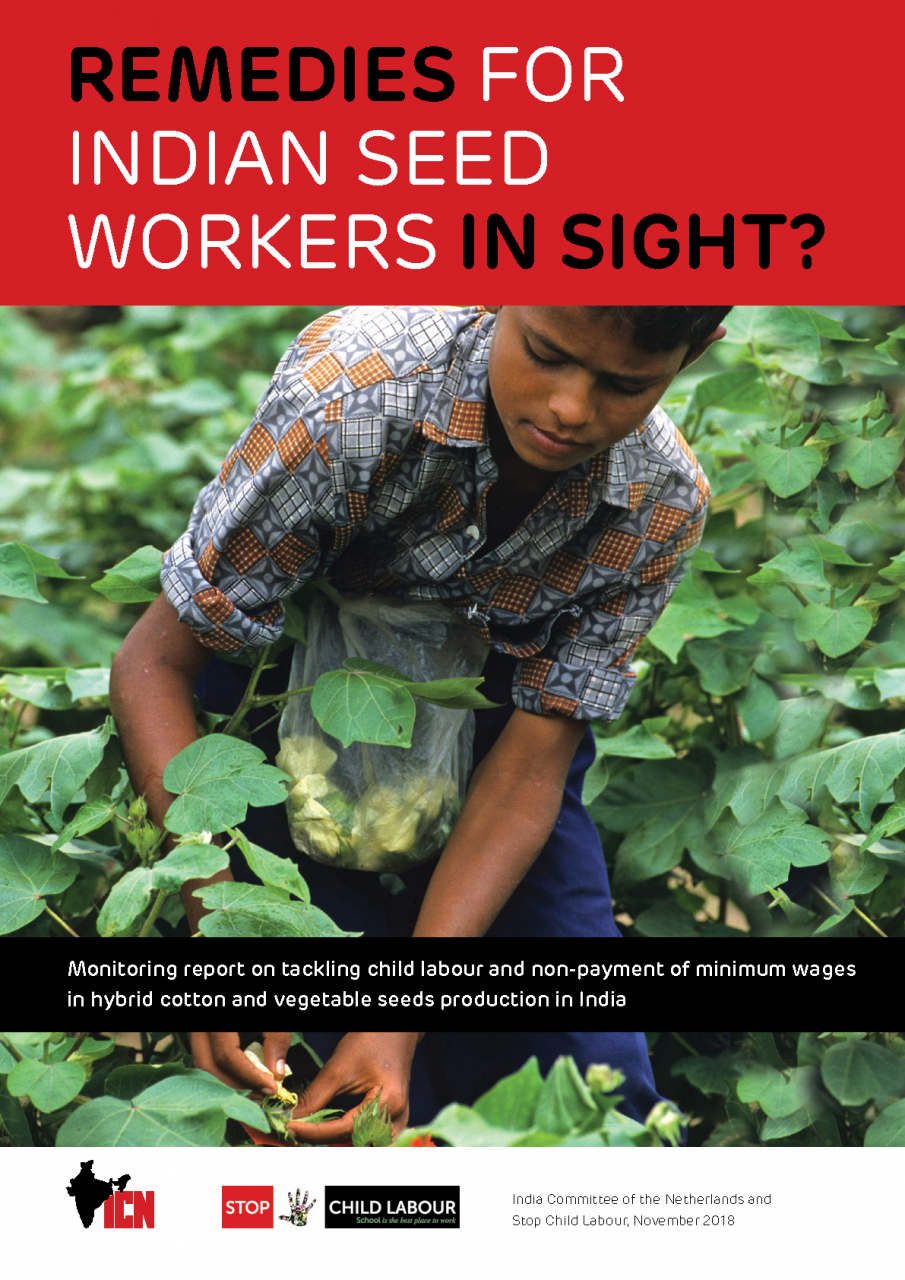