Around 2,5 million workers in the Indian leather industry often face unacceptable working conditions that violate their human rights and seriously affect their health. Toxic chemicals used in tanneries often very negatively impact the health of the workers. Less known are the many labour and other human rights issues in the leather industry like wages below the stipulated minimum wage, child labour, the exploitation of home-based workers, the difficulty to organize in trade unions and the discrimination of Dalits (‘outcastes’). ‘Do leather workers matter?’

This is in short the plight of leather workers that is described in more detail in the report Do leather workers matter? Violating labour rights and environmental norms in India’s leather production.
The report explores labour conditions in the leather industry that are steeped into deep-rooted social inequalities in Indian society based on caste and gender discrimination. The main pillars of this study are literature research and field research at three production hubs that supply hides, leather, garments, accessories and footwear for export, namely Kolkata, Agra and the Vaniyambadi–Ambur cluster in Tamil Nadu. The report depicts labour conditions in a cross section of production units varying from homeworkers, tanneries, workshops in the informal sector to large modern export units. Of course these conditions do vary between production units.

Dalits (‘outcastes’) and Muslims make up the majority of the workforce in the leather industry. The low wages of the Dalit leather workers reflect their low status and the low status of their work in the leather industry, being dirty and polluting. In Tamil Nadu for example the official minimum wage early 2016 for leather workers is less than 2 euro per day, being less than half of the official wage of an apprentice in the textile industry. Often this minimum wage is not even paid.
Female homeworkers, responsible for a highly labour-intensive part of shoe production, are also among the most precarious workers. They face insecure and unprotected work, receive poverty wages and work under unsafe conditions. Moreover, children are often involved in leather production in India, mostly in the unorganized part of the sector, working in smaller tanneries and workshops.

Response of footwear and garment brands
A large range of major brands are sourcing footwear, leather garments, leather goods and accessories from India, which include H&M, C&A, Primark, Armani, ECCO, Esprit, Tommy Hilfiger, Zara, Mango, Walmart, Gabor, PUMA, Pentland, Prada and Marks & Spencer among many others. The report does however not look into the supply chains of specific brands, but more generally sketches human rights violations in leather and leather goods production in India.
India is the world’s second largest producer of footwear and leather garments. The footwear sector in India specializes in medium to high priced leather footwear, particularly men’s wear. Almost 90% of India’s footwear exports goes to the European Union.

A draft version of this paper was initially shared with a wide range of companies and CSR initiatives. In a joint statement 12 member companies of the Ethical Trading Initiative (UK) welcomed the ICN report and said that ‘taken together we recognize the very concerning issues in the leather supply chain’. They also said to agree that ‘there needs to be a collective response to these issues’ and ‘We commit to working with international and national stakeholders to develop a strategic response to the issues in our leather supply chain.’
In total 19 companies, including the 12 ETI members like C&A, H&M, Primark, Inditex, Marks & Spencer, Next, TESCO, Sainsbury and Pentland, reacted to the report as well as two CSR initiatives: the Leather Working Group and MVO Nederland (CSR Netherlands). Most companies recognize the urgency to address the issues identified in this research and some shared concrete commitments to combat adverse human rights and environmental impacts in their supply chain.

Recommendations
The report contains nine recommendations to companies and CSR initiatives in the leather and footwear industry on (the need for): due diligence, mapping of supply chains, transparency, long-term business relationships, collaboration to increase leverage, the mandatory written contracts and equal treatment and the importance of unions, collective bargaining, company level grievance mechanisms and space for civil society. 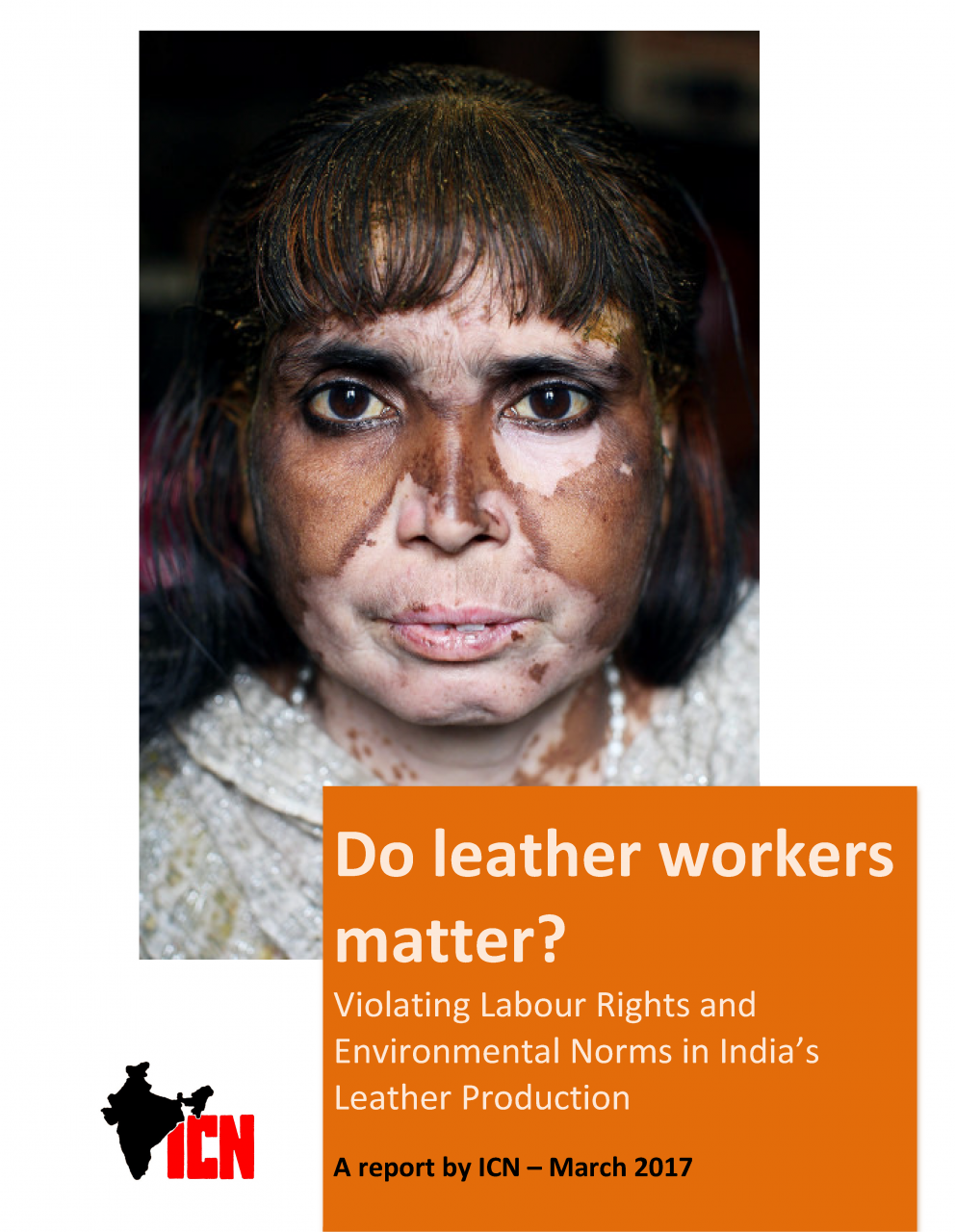